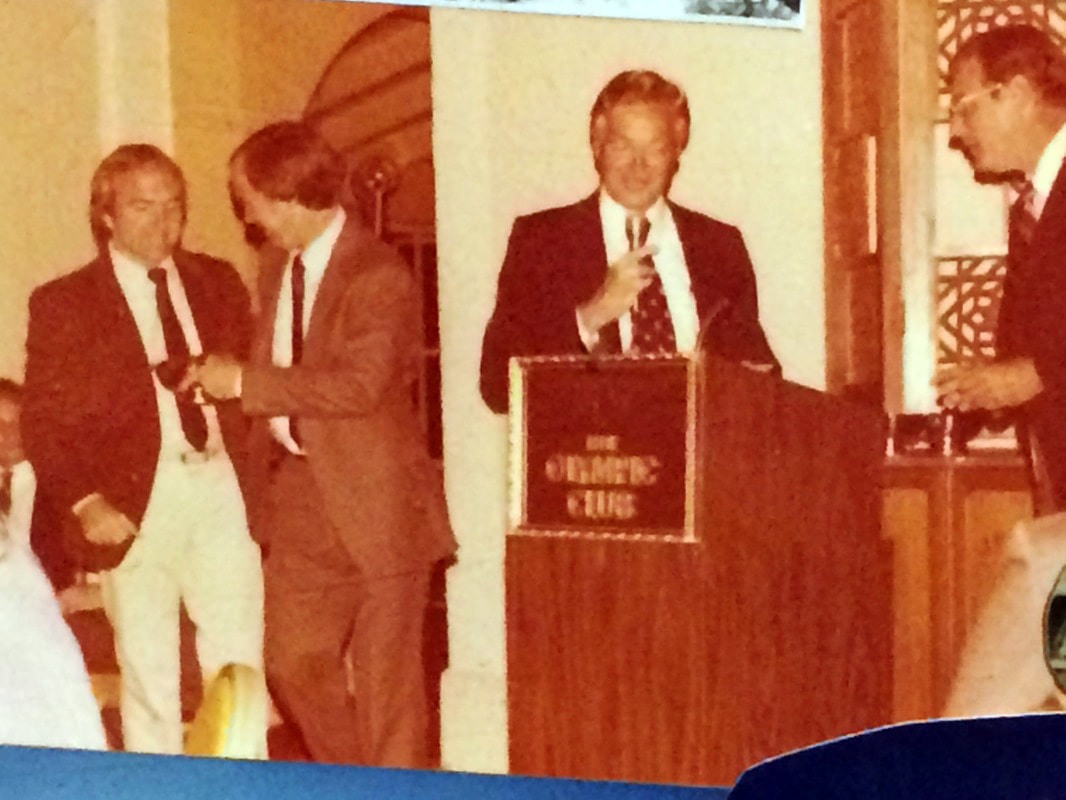 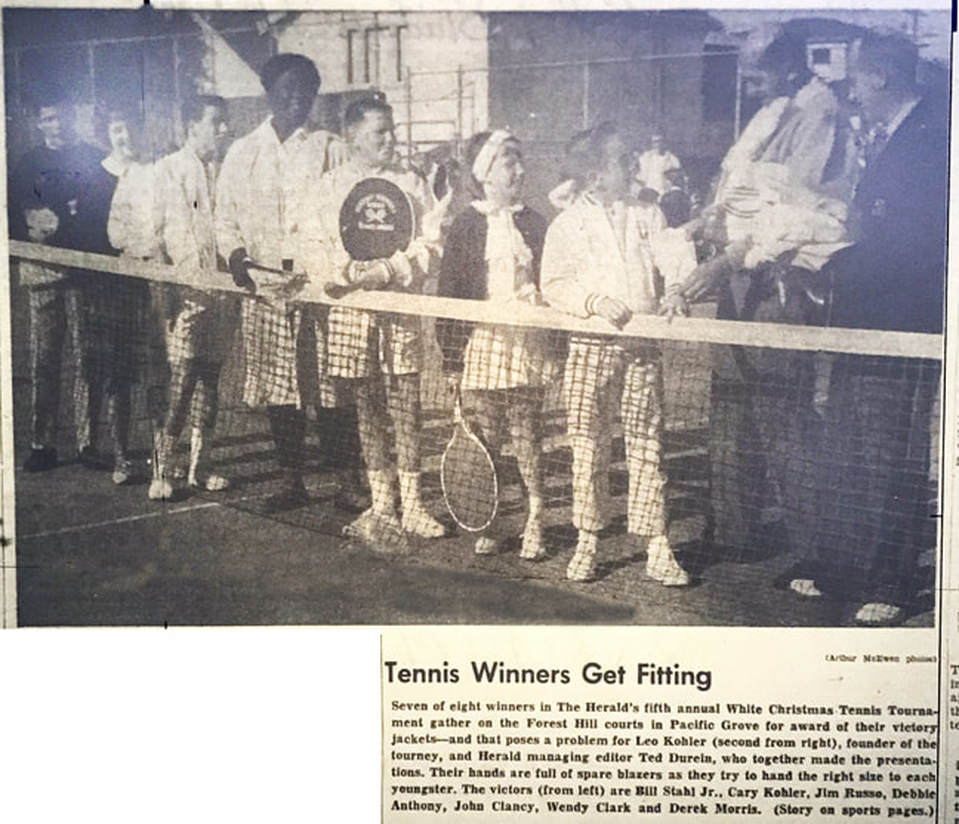 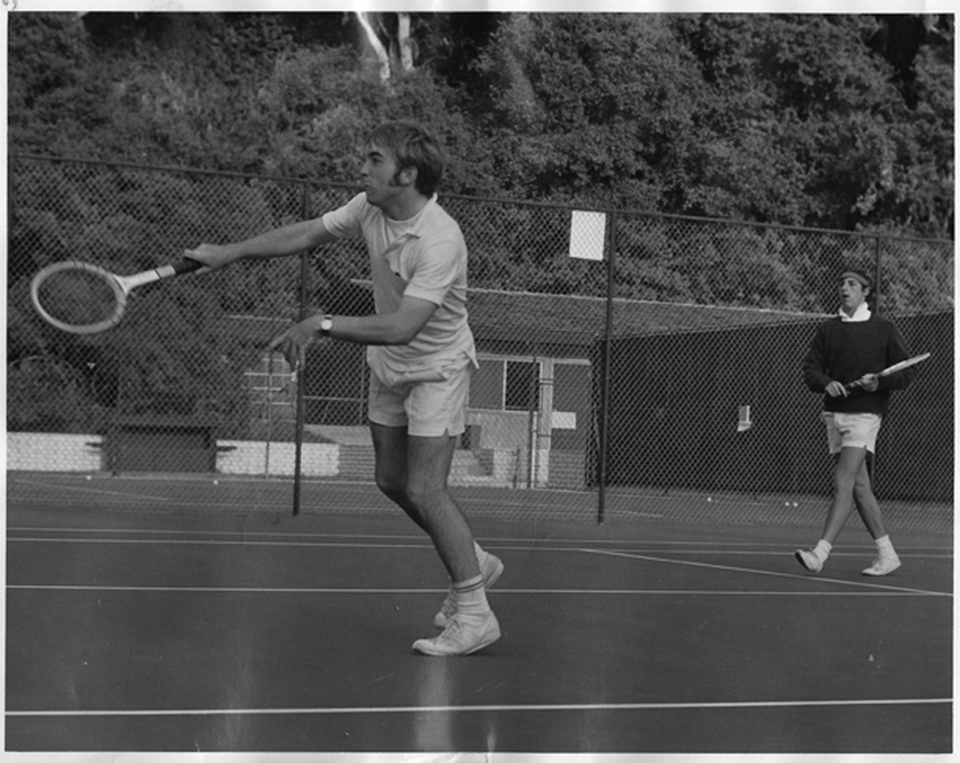 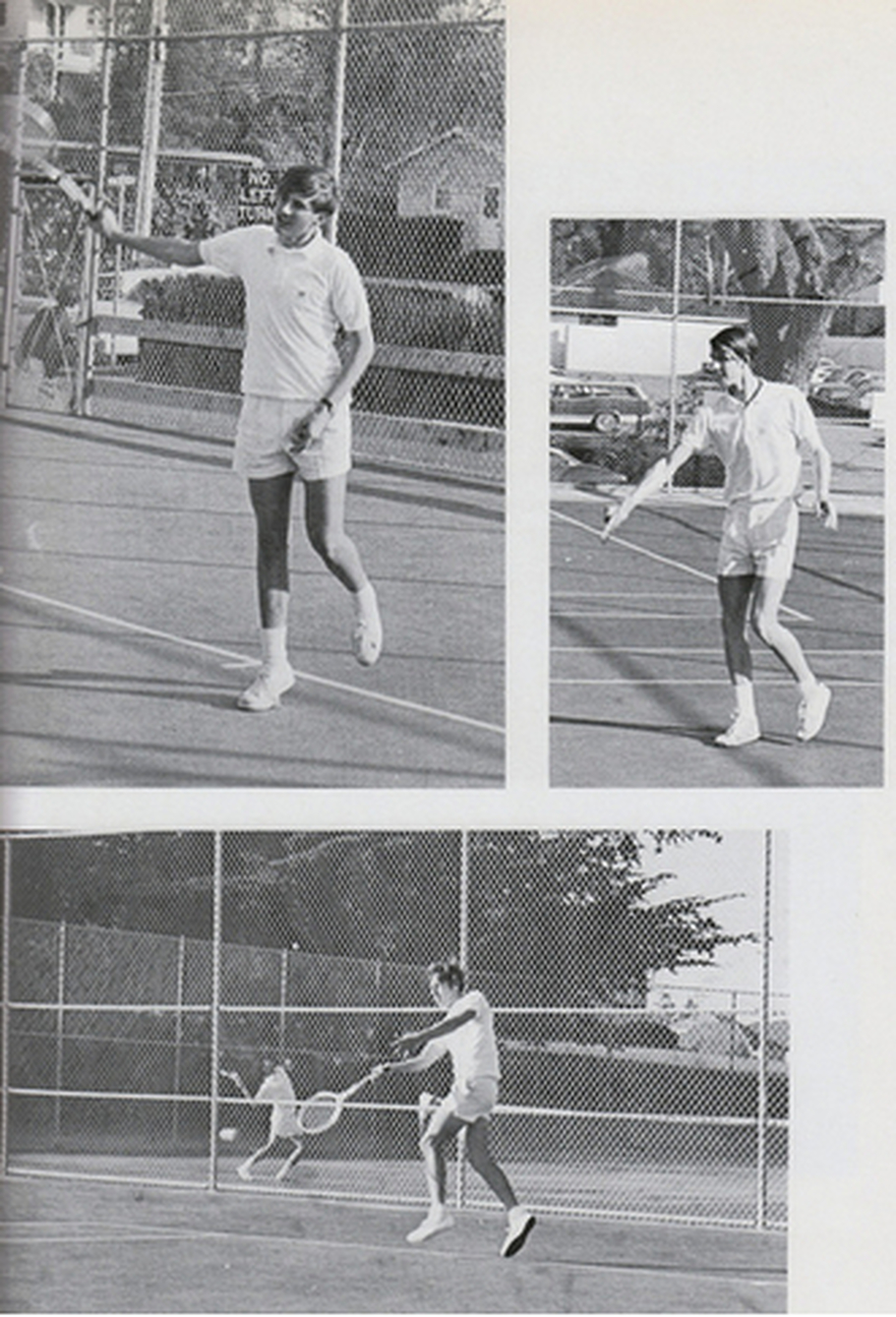 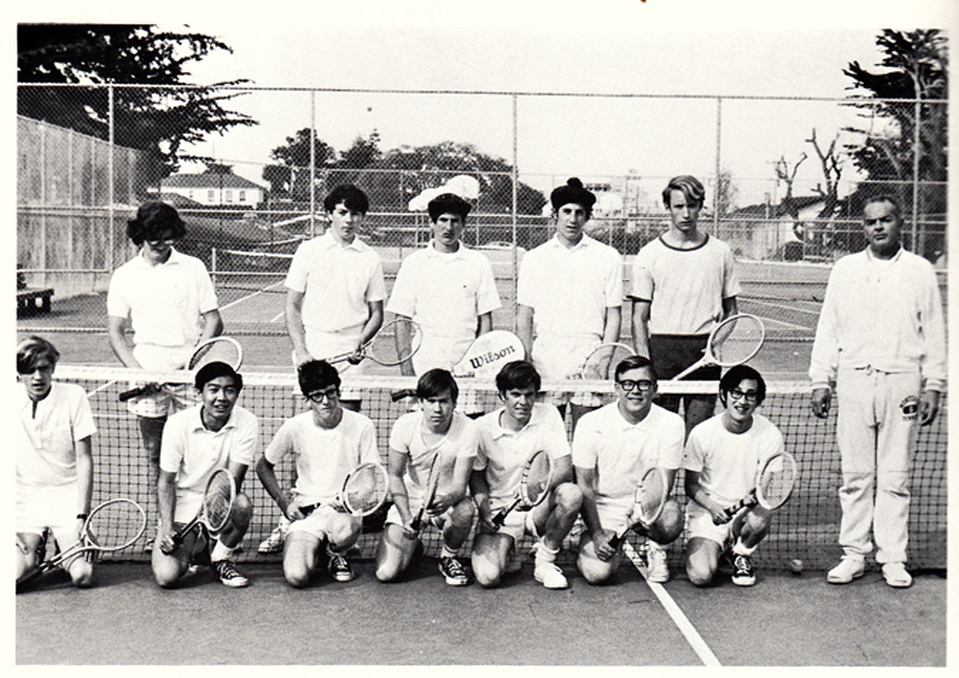 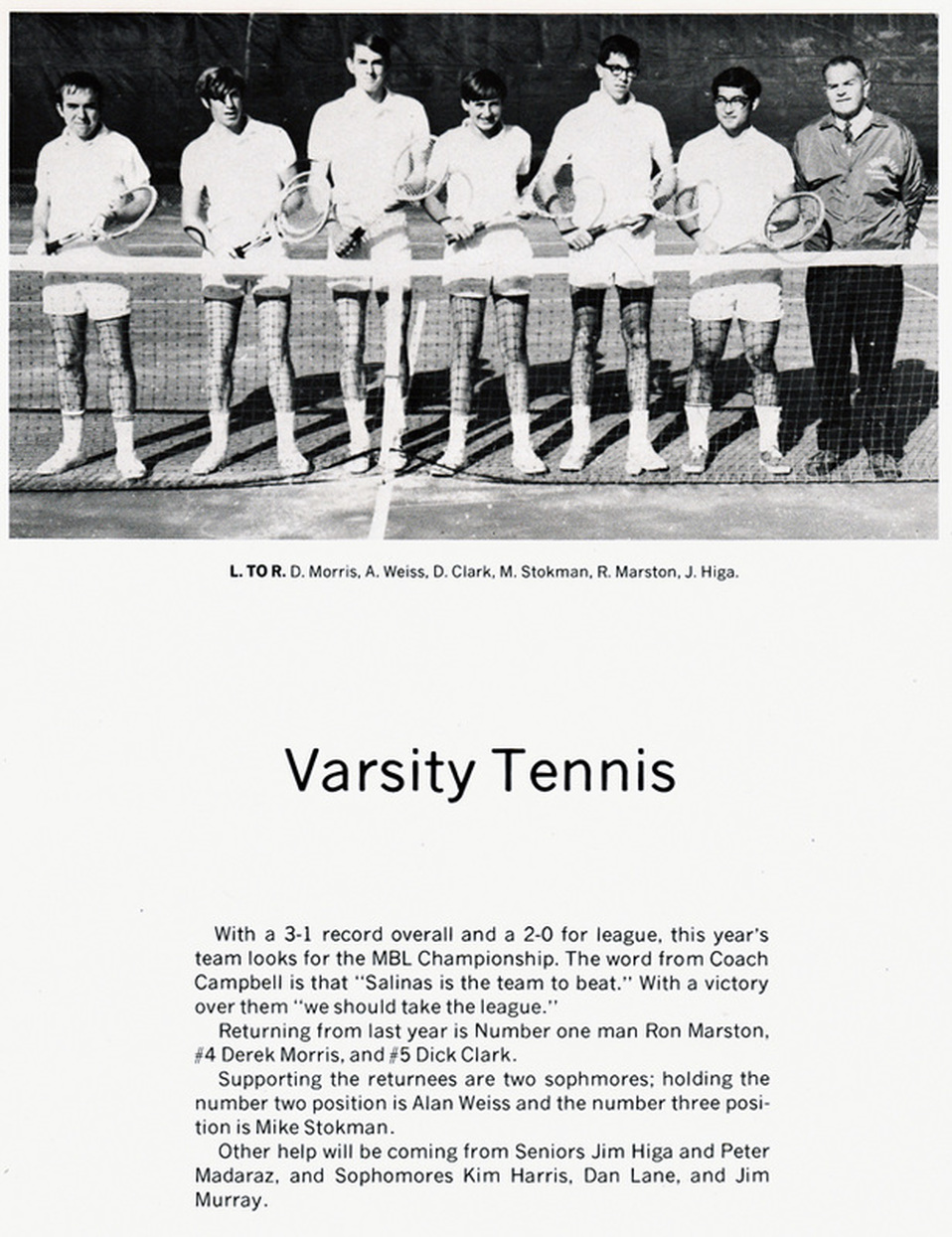 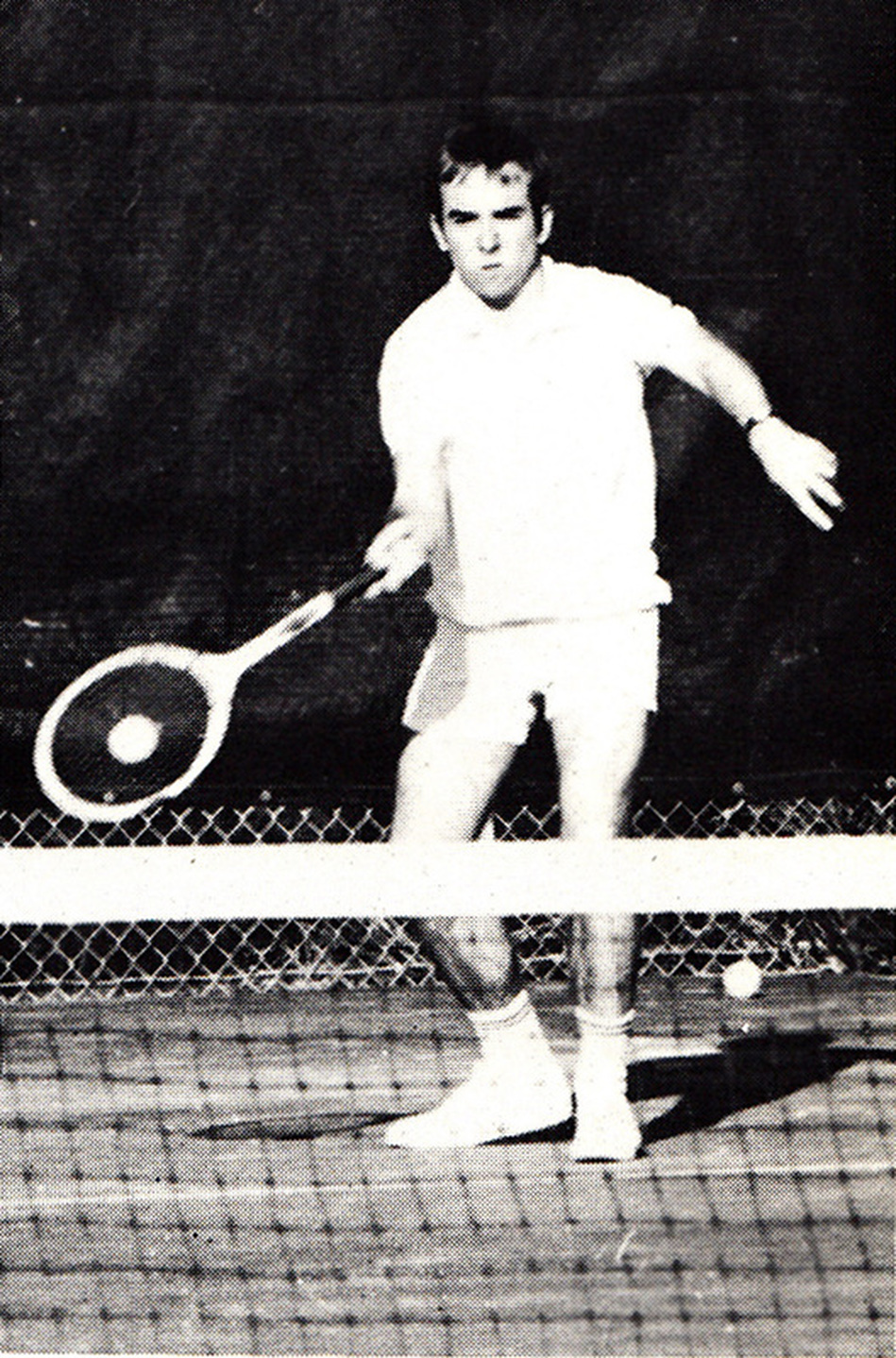 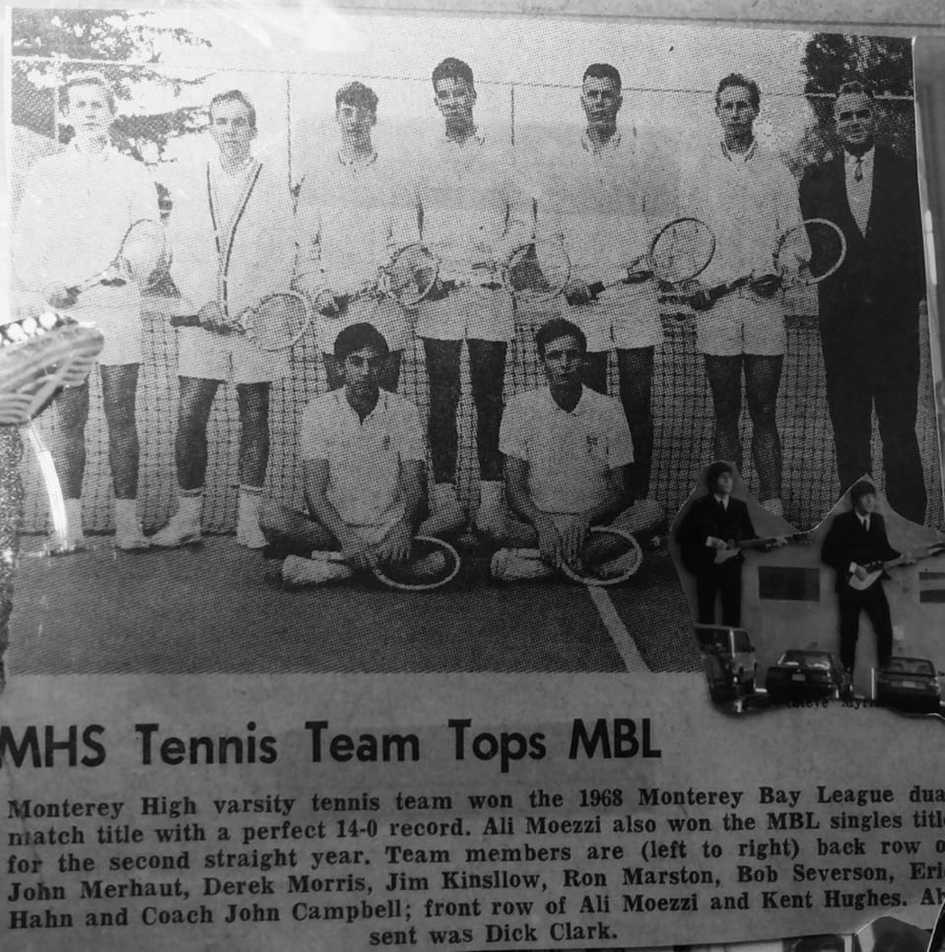 *(Correction: The MHS Tennis Team league record that year was 16-0) 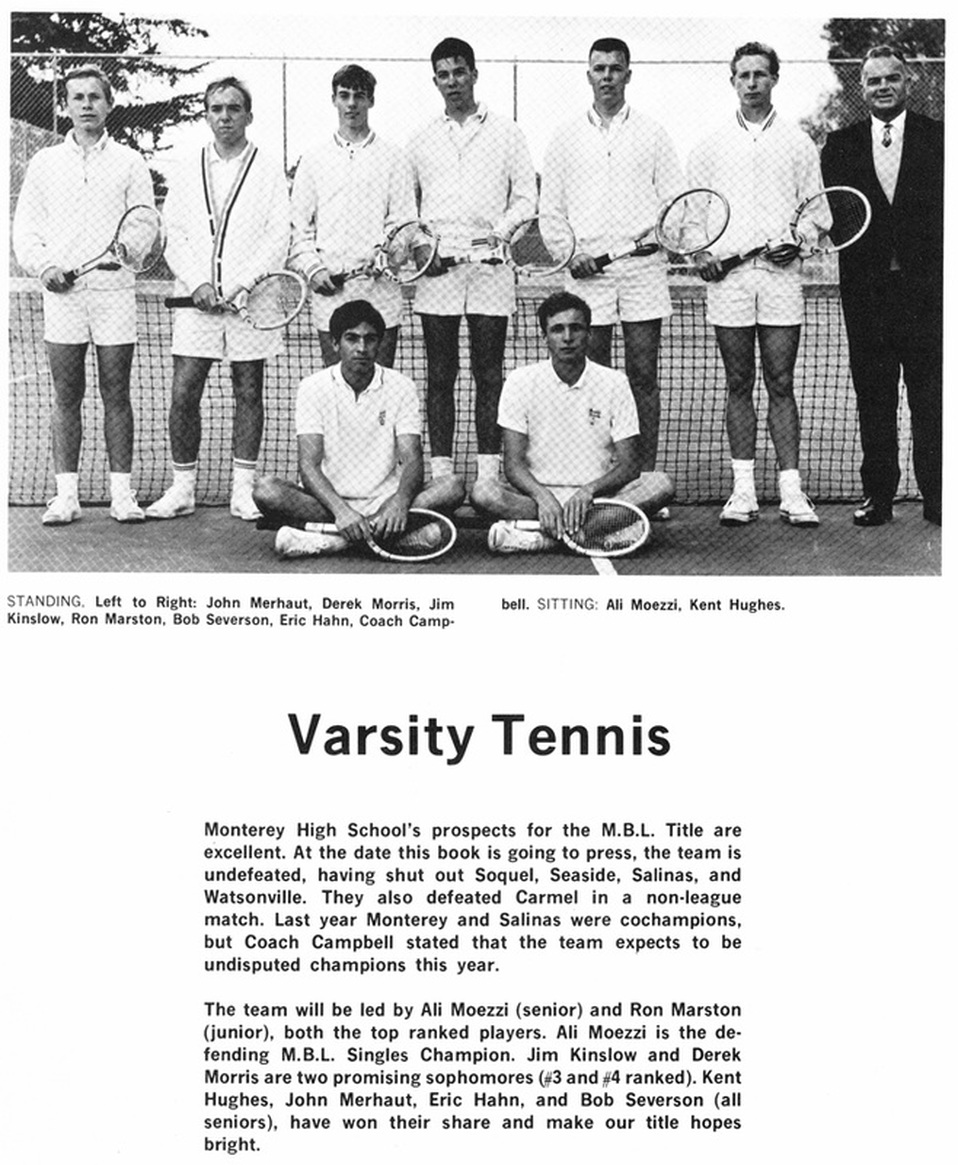 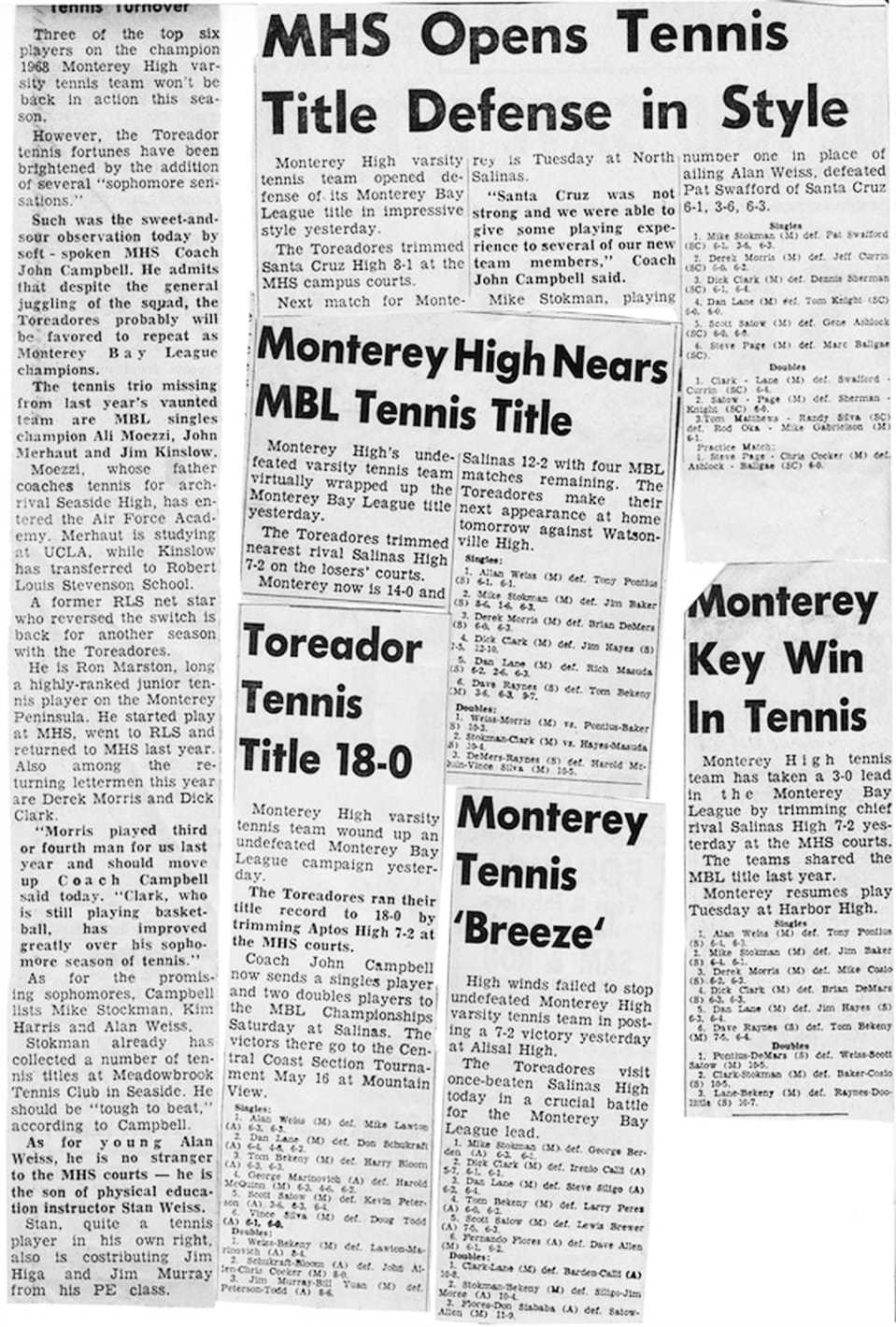 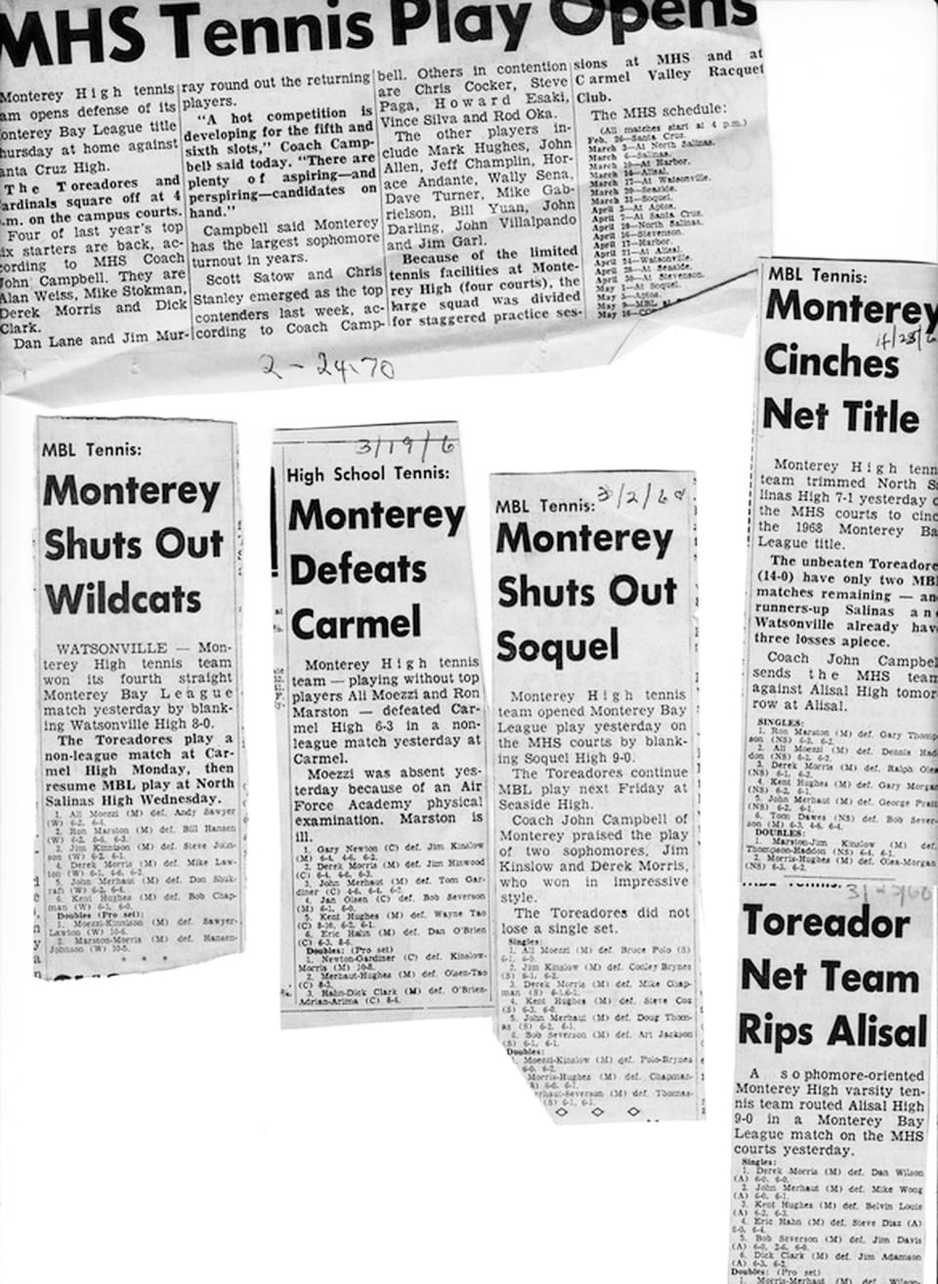 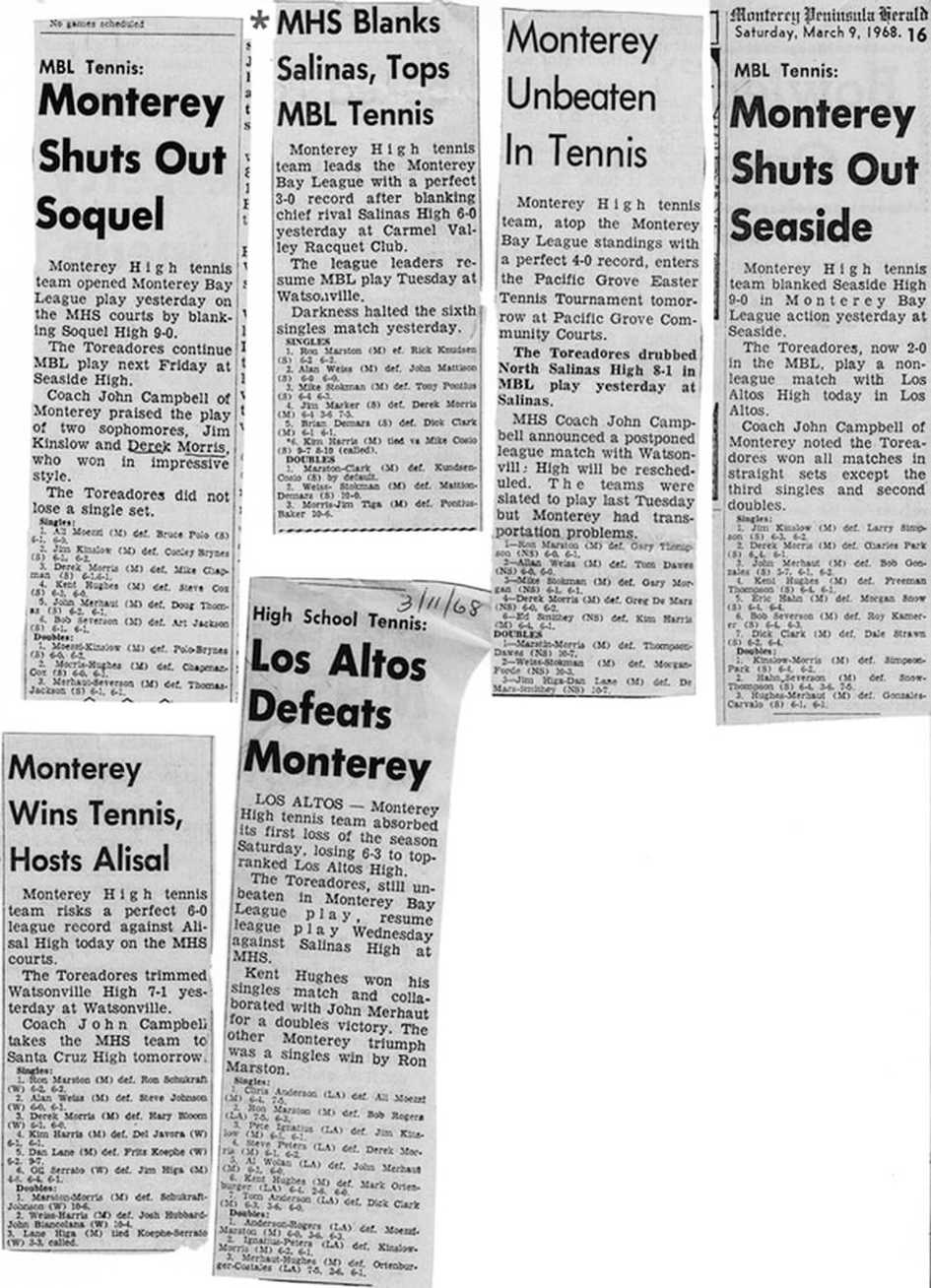 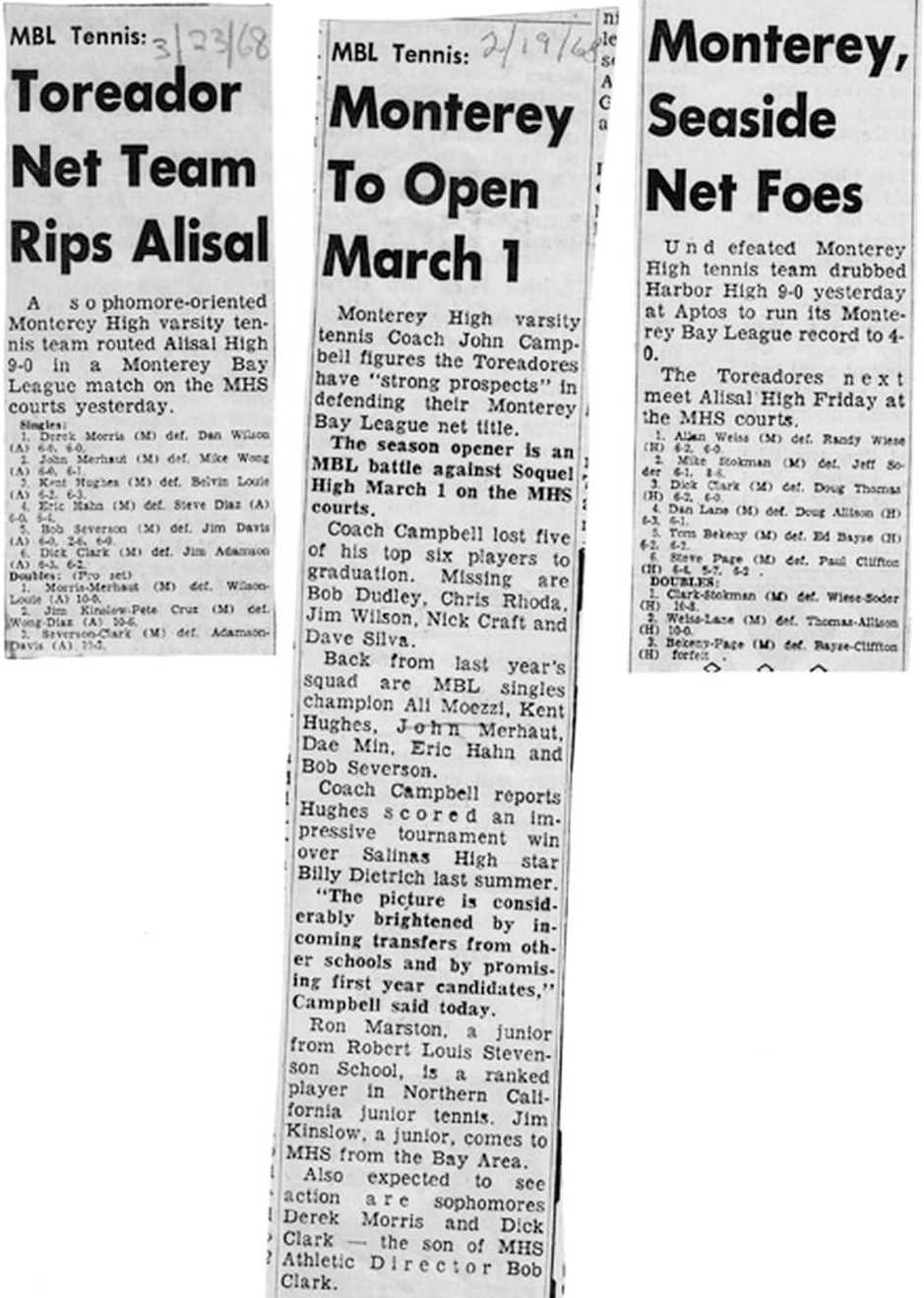 *(Correction: There is a typo in the one article: "MHS Blanks Salinas, Tops MBL Tennis" from the 1969 season. Our MHS team did shut out the Salinas team, winning all singles and doubles matches. But in the box score summary, some winners' and losers' names are reversed. MHS did win all the matches against Salinas that day. Let the record be corrected!)
Herald White Christmas Tennis Tournament
Pacific Grove - December 1962 - Winners

There were awards for 30 boys and girls during ceremonies on the Forest Hill Courts at Pacific Grove.

The featured match was a close battle right down to the final point. Olson staved off several match points before succumbing.

In the junior boys division, Kelly Fostervoid upset Jim Wilson in a 1 1/2 hour 9-7 battle but then lost to eventual champion Rory Haran.

Elementary school players Derek Morris and Alan Weiss displayed an extremely fine brand of tennis for their young ages, according to Kohler. Morris won the title over Weiss 6-4.

Diminutive Nicolette Buhler won her first tournament in the elementary school girls division, displaying fine spirit under pressure to defeat Lee Woodworth 6-3.
​
Cary Kohler, the favorite in the open girls division, came back from a 1-5 deficit in the final to defeat Cathy Bleick 10-8. The heated battle lasted 1 1/4 hours.